The five months between when I found out and the start of my internship went by really quickly – still in study mode, and field course mode, I barely had any time to prepare. My visa and driver’s license situation were sorted out already due to the special nature of my heritage. So essentially, as with many other things in my life, I hopped right in without any expectations.

Visit to Duchy Estate and Intro 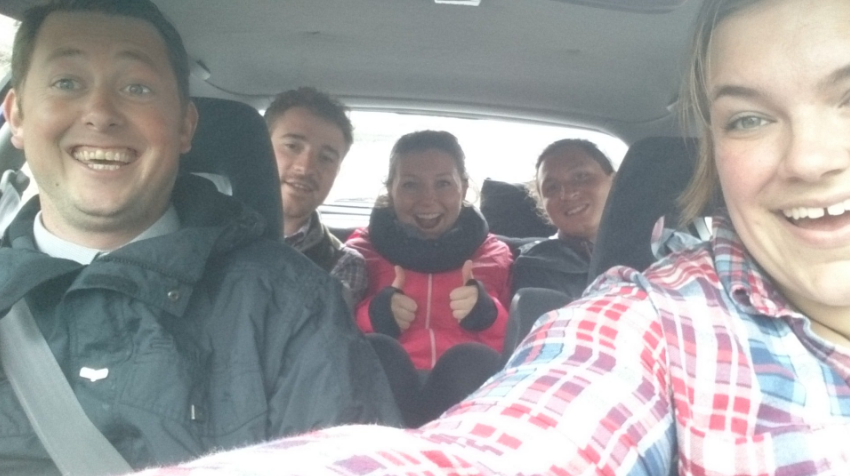 I went to visit Pryor and Rickett on the Friday before my official start, and as Tuesday was the official meeting with the Andy from the ICF, the Duchy of Cornwall’s Head Forester, Geraint Richards, and Dana of the CIF/IFC. Due to commuting arrangements, I got the opportunity to shadow Andy Lederer from the ICF for a day on the way down there. So on my first day, I’ve already seen the office of the ICF Bristol and the Forestry Commission of England!

Spending the evening with Dana, Geraint, Andy, Reggie and James was a very exceptional experience. Being surrounded by such fantastic individuals and knowing that one day there may be a connection in order to achieve something great on a global scale is the best feeling in the world. My stomach was full of very busy butterflies all night and the day after. We met with the Royal Forestry Society at the Duchy of Cornwall’s office and took a tour of some of the woodlands in Newton Park Estate. I’ve been exposed to challenges that Britain’s forestry faces, such as the Himalayan Balsam, the Grey squirrel, and Ash dieback.

Starting with Pryor and Rickett

After the visit to the Duchy’s estate my first week with Pryor and Rickett was basically like throwing a sponge into a tub of water – there was so much new information, both forestry and non-forestry related, but only so much I could retain! My work colleagues and supervisors very kindly welcomed me to their social circle, are always available for my countless questions (although apparently someone had a sore throat from answering too many of them) and have been inviting me to their social outings. I’ve already been to several pub quizzes, and a cider festival! Hereford is the cider capital of England, so there is so much to see and so much to taste! I was surprised to find that the ciders here don’t have bubbles – which is kind of nice, but something we don’t see in Canada or elsewhere.

At Pryor and Rickett, the first 2 weeks mostly consisted of learning new skills, buying a pair of pink (!!!!) wellies, introductions to the British Ordnance Survey maps, new mapping software MapInfo (which I still struggle with), gaining confidence to drive stick-shift on the left side of the road, and constantly telling locals that in fact, I’m not American. I’ve also had the pleasure to learn about brambles (blackberry bushes) which are not too pleasant to walk through! Their little thorns get stuck in everything, from hair to shirts to trousers and skin too. I helped my situation with a pair of sturdy work pants which make walking through them a little easier. 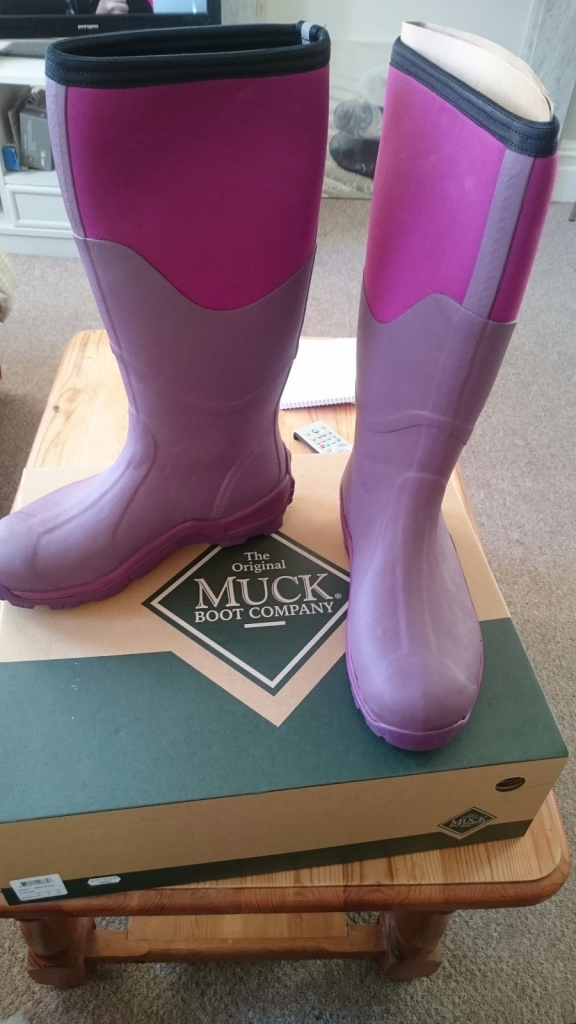 Fig 2. My new boots! They’re not as pink anymore. Some shades of green, and lots of scratches from brambles and barbed wire.

Soon after I started, I was invited to the Woodland Heritage field weekend – it was a very educational weekend during which I got introduced to more topics such as Acute Oak Decline, the importance of good silvicultural techniques in furniture production, and the use of very high-tech methodology in producing very fine garden furniture! I also got to see some very impressive estates that have been run by the same family for over 200 years. The Woodland Heritage crowd is so knowledgeable and it was a pleasure to be surrounded by legendary figures of British forestry. I helped out with the PA system for the speakers and got awarded a book about British Oak trees, signed by the author, Archie Mills! 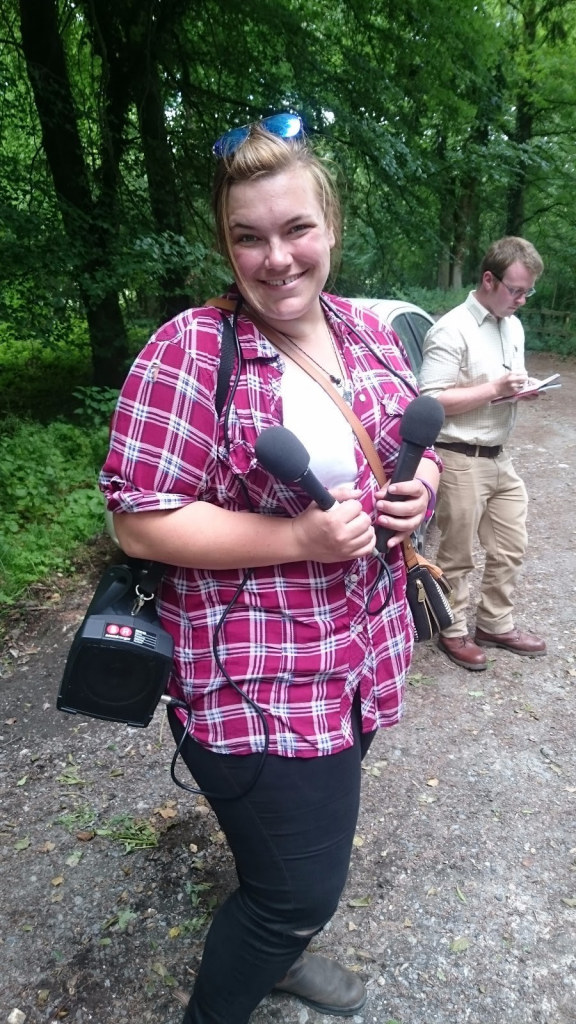 Fig, 3 – Helping with the sound system during Woodland Heritage field weekend. Always up to some mischief! And having lots of fun

The coolest thing during the first few weeks was my very first task – to inspect plantations with cricket bat willows. Cricket is nationally important here in the UK and success starts at the roots – of the bat willows that is. That is where I saw the serious impacts of our Eastern Grey Squirrel is having on the British Timber industry. Apart from ringbarking bat willows, it also damages oak, beech, sycamore, chestnut and a few others.