Joe received his PhD from the Department of Natural Resource Sciences at McGill University. He then worked as a postdoctoral researcher in San Diego, California and Aarhus, Denmark before starting as a research scientist at Natural Resources Canada, Canadian Forest Service in Corner Brook. His expertise are in entomology and climate change impact and adaptation research.

Andrew graduated from the Forest Resource Technician program at the College of the North Atlantic in 2003 and earned his degree in Forest Management from the University of New Brunswick in 2006. For the next 5 years Andrew worked with Timberline Forest Inventory Consultants based in northern British Columbia where primary duties entailed softcopy forest interpretation, large scale silviculture program implementation, multi-phase timber development and various environmental assessments. Since 2011, Andrew has been an employee of Resource Innovations Inc. in Corner Brook, NL, where he manages the Forest Inventory division of the company. Andrew is an RPF in the provinces of Newfoundland and Labrador and Ontario, and currently resides in Meadows, NL, with his wife and two children.

Tim hails from Point Leamington, NL (aka – the center of the universe) and currently resides with his wife Sabrina and daughter Rachel in Clarenville, NL. 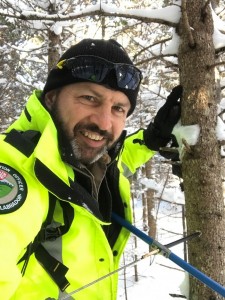 Kim is from York Harbour, NL. Kim graduated from the University of New Brunswick’s Forest Management program 2001 and returned to Newfoundland to work at Corner Brook Pulp and Paper Ltd (CBPPL) in 2006. She began in the mill’s Mechanical Department as a Planner and eventually moved into the Reliability Superintendent position. Kim moved to CBPPL’s Woodlands Department in May 2018 where she began as an Environmental Management Representative and currently works as the Sustainable Forest Management Forester responsible for the Planning Division. 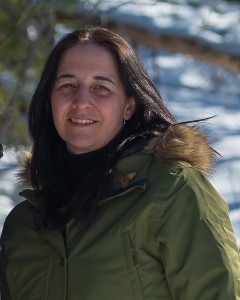 Chris graduated from University of New Brunswick with a Bachelor of Science in Forest Management and a minor in economics in 2005. He moved to Alberta in 2006 to work with Westsky Forestry Consultants overseeing their Permanent Sample Plot program. He also worked with Alberta Sustainable Resource Development as a Forest Health Technician (with focus on the Mountain Pine Beetle) and as a Lands Officer. Chris attained his Registered Professional Forester (RPF) designation while working Alberta. He returned to Newfoundland and Labrador (NL) in 2010 and is currently a Conservation Officer IV with the NL Forest Service (Department of Fisheries and Land Resources) in North West River, Labrador. Chris attained his RPF designation in NL in 2011. 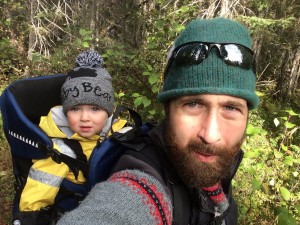 David Cheeks RPF, Councilor.   David grew up in Gander, NL. He attended the University of New Brunswick where in 1983 he graduated with a Bachelor of Science in Forestry (BScF). After a brief time working with an N.B. Woodlot program, he returned to Newfoundland to join the Provincial Forest Service where he spent the remainder of his 32-year career. David held a variety of positions including Regional Silviculturist, District Ecosystem Manager, Regional Ecosystem Planner and Director of Special Projects. David has had many highlights during his career. He worked on the first Crown land tree planting contract issued by the Forest Service and helped develop and implement the first Timber Sale Agreement in NL. David was also a member of the Forest Service Review Committee which led to the adoption of an ecosystems-based approach to forest management. Finally, David served as the Provincial Forestry Team Lead of the Abitibi Transition Team which focused on the repercussions of the expropriation of timber rights and subsequent closure of the Abitibi Consolidated pulp and paper mill in Grand Falls-Windsor NL.

As a long-time CIF member David has served as a Councilor, Vice Chair and twice as Chair of the NL Section. He has represented the Section as National Director at two National Meetings and was a leading member of the Section’s efforts to establish the Registered Professional Forester Program in NL. David was designated as RPF # 01 in May 2012. David is also the proud recipient of the 2016 Dave Sharpe Award which is presented annually to a CIFNL/RPFNL member who exemplifies passion, participation and enthusiasm for forestry in the Province.  Since his retirement in 2016, David has remained an active volunteer both with the Forests Without Borders committee for the Province and on the Board of Directors for the Thomas Howe Demonstration Forest in his hometown, Gander NL where he resides with his wife Kim and son Ben. 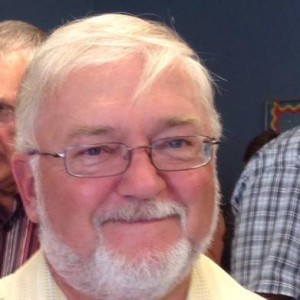 Sean was born and raised in Stephenville, Newfoundland. Sean graduated from the University of New Brunswick with a degree in Forest Engineering in 2003 and attained an Advanced Diploma in GIS from the Centre of Geographic Sciences (COGS) in 2007. Sean has worked as a tree planter for Irving in NB, an engineer for Western Forest Products on Vancouver Island, a GPS/GIS trainer and consultant in Atlantic Canada, a GIS Specialist with Parks and Natural Areas in NL and since 2010 as a Forest Engineer with the NL Department of Fisheries and Land Resources. Sean is a RPF and PEng in NL. He has been a member of CIF since 2010. Sean resides in Corner Brook with his wife and four daughters.