Its August!! How did that happen?! I can’t believe there are only a few short weeks left until I am headed back to Canada. It seems crazy to think that I have been here for two months already, although at the same time I feel as if I have been a part of the Heart of England Forest team for a long while.

I realized after my last blog post was uploaded that I forgot to mention the work that I was doing here! So even if I told you now that I’ve been doing similar work this month as last month, you would have no idea what that is.

I am part of the forestry team at the Heart of England Forest, and I’ve mostly been working with their Rangers and Interns with their daily operations. Since the charity has a network of public and permissive footpaths along their estate, a lot of work goes into maintaining these areas (i.e. clearing paths and hedges, removing dangerous trees, clearing up fallen trees after storms, etc.) In order to ensure the survival of the trees they plant, the team also does some spraying in order to suppress grasses and other competitive species. This month, we also spent some time doing some manual felling of red oak in order to open up the canopy and set final placement in the forest. I have also been involved in some of the public events, including removing tree guards with corporate volunteers, and assisting with guided walks throughout the woodland on the open gardens events days. 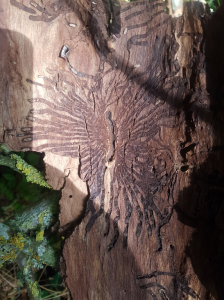 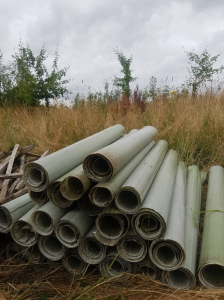 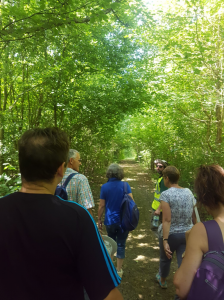 The heat wave continued throughout July, and things got so dry here that all the grass has died, the ground has completely dried out, and the leaves have started falling from the trees. Some good news came in the form of a two-day rain storm in the last weekend of the month, which cooled down the temperatures and gave some life back to the country. 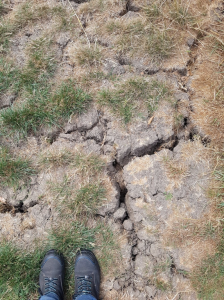 Some of the major cracks in the ground found throughout the Midlands due to the lack of rain.

Myself and Dan were invited to participate in an Action Oak Roundtable at the Norbury Park Estate House this month as well. This organization is committed to protecting the oak trees throughout the United Kingdom, and the roundtable was an excellent opportunity to observe their progress to date and what their future looks like. Conveniently enough, the Norbury Park Estate is also home to the BiFoR (University of Birmingham Institute of Forest Research) FACE (Free Air Carbon Dioxide Enrichment) project, and we were given the opportunity to take a tour through the woodland that houses it. This project was amazing to see, and they provide a lot of exciting opportunities to make observations and predictions for the future! Excitingly enough, His Royal Highness, The Prince of Wales himself was there as well!! And yes, we got to meet him!! While the meeting was brief, it was humbling and exciting to be able to thank him for this opportunity he has provided us with, and provide him some update on our experience so far. 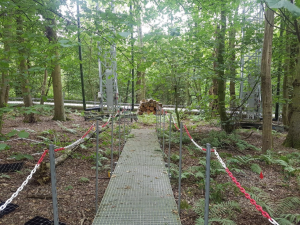 One of the arrays at the BiFoR FACE Project; an amazing amount of data is being collected here.

Another update: the farm I live on now has sheep! They are super cute, especially the lambs, but they tend to get up at the crack of dawn (5AM) and start their sheep-yelling. 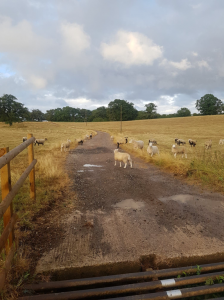 First spotting of sheep in the yard!

Also, Dogs of England: The Sequel. 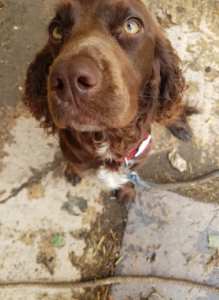 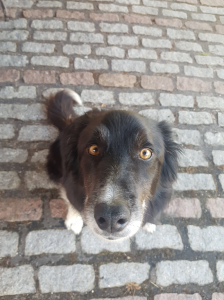 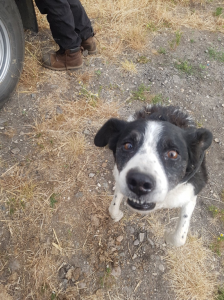 More dogs I have met at work!