Meet Our Executive & Board Of Directors

CIF-IFC Who We Are Our Executive & Board

The CIF-IFC Executive (President, Vice President, 2nd Vice President and Past President) provides leadership to the CIF-IFC Board of Directors, and oversees CIF-IFC operations, major decision-making, needs and concerns. 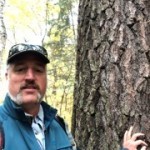 Doug has been an active member of the CIF since 2006, when he was warmly welcomed by the Northwestern Ontario Section as a new guy in town. Doug is the Boreal Silviculture Research Scientist at the Ontario Ministry of Natural Resources and Forestry’s Centre for Northern Forest Ecosystem Research. His research work has covered a broad range of topics from tree physiology to caribou habitat interactions, and currently focuses on remote sensing approaches to monitoring regeneration and silviculture. Doug served as Chair and Director of his Section between 2010 and 2018 and has been an active member of the National Membership Committee since 2017, acting as co-chair with the current Past President for the last two years. Doug’s involvement in the CIF, through organizing and participating in events and workshops, has allowed him to experience many informative and exciting interactions with other members of our profession from a wide range of backgrounds. These interactions are critical to developing professional and personal relationships within the local community of forest practitioners, as well as across Canada. Doug believes strongly in the Institute and has been happy to volunteer his time whenever opportunities arise to bring people together who have a shared interest in forestry and forest management. Doug has also been fortunate to get to know many young professionals through his CIF involvement as they worked through their academic programs and moved on to challenging and exciting careers in forestry and forest science. These people are the future of our Institute, and now more than ever Doug is committed to working to improve how we connect with students and young professionals. They will be responsible for sustainably managing our Canadian forests for many years to come. Meaningful efforts to improve retention of current members and recruitment of new members are key priorities Doug plans to continue working on. Together, we will find new and better ways to provide meaningful value to forest practitioners from across the many disciplines involved in managing forests sustainably. 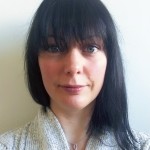 Loni has proudly been a member of the CIF for over a decade. She started out as a student liaison for the Vancouver Island Section while in school to be a forest technician. In Ontario she became the secretary and then chair of the Central Ontario Section (COS). She has sat on various committees, including the National Awards Committee and the Forestry Chronicle Task Force, and worked diligently to take the National Conference to the COS prior to its cancellation due to COVID-19.

In addition to her volunteering, she also worked at CIF headquarters in Mattawa where she observed and participated in the daily workings of the national office. After her internship completed, she was one of the first forest technicians hired under the newly created CIF-SEEK. During this time, she became aware that most parties (industry, academia, NGOs, Indigenous) want the same thing (sustainable forestry that provides value to stakeholders) but never seem to be speaking the same language. She completed a bachelor’s degree in professional communications as a way of positioning herself to bridge this gap. 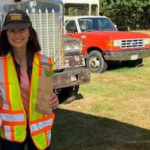 Margaret Symon RPF is the manager / owner of a professional forestry consulting firm based in the Cowichan valley on Vancouver Island. Margaret has a background in industry, government, First Nations, and international work.

A proud member of the CIF-IFC since the start of her forestry career, Margaret initially joined the then very active Northern Vancouver Island Section (now disbanded) which, as part of its whirlwind of annual activities to promote forestry, enjoyed hosting multi-agency / multigenerational tree planting events in the rugged hills of northern Vancouver Island during National Forest Week. A big draw to those events was the gourmet picnic lunch meticulously prepared by and carefully delivered on site by Bill Dumont. As a silviculture rookie, Margaret enjoyed learning from, and sharing knowledge with other foresters on CIF-IFC site tours across the north island. Those experiences, combined with rewarding times volunteering with CIF-IFC members at fish hatcheries, science fairs, and at elementary schools, where CIF-IFC members distributed Christmas trees to classrooms of excited students, helped to create a strong camaraderie with foresters of all types – and sparked a special connection with the public – especially children.

After a brief interlude in Saskatchewan (notable were the field trips in the boreal forest with the CIF-IFC Saskatchewan Section), Margaret and family located to southeastern Vancouver Island, where, like the Saskatchewan Section, the Pacific Section provided all important vectors for knowledge sharing and networking.

For many years after returning to BC, Margaret enjoyed heading a group of enthusiastic forestry types who hosted highly popular National Forest Week Celebration Days (complete with helicopter tours, Mars bomber water drops, and raffles of logging truckloads of firewood). When the Vancouver Island Section was reinvigorated a few years ago, Margaret was pleased to join the Board to support a range of activities up and down the island, including a mentorship program with Vancouver Island University Forestry, Silver Ring ceremonies at two island institutions, National Forest Week events, fundraisers, and, in 2019, in collaboration with CIF-IFC National, a well-attended Indigenous Forestry forum.

As the only national forestry society, the CIF-CIF is fortunate to have strong roots in history. Key objectives of our organization: promotion and forestry education, stewardship of our forest resources, and mentorship – are essential to current programs and future initiatives. Giving back to the CIF-IFC is very important. We – the Board, National staff, and members across the country – have important work to do to increase resiliency of the CIF-IFC in response to pressing needs and changing times in forestry. 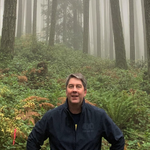 Brad Epp has been a member of the CIF-IFC for over 25 years and his passion for the profession keeps growing! He believes that passion stems from the Institute and wants to ensure this continues into the future. Manitoba has always been a small section and over the years has lost many forestry professionals to retirement and opportunities outside of the province. However he has refused to give up and works each year to pull an executive together and provide their members with value and promote forestry throughout Manitoba. Brad is entering his tenth year on the National Board of Directors and feels this gives him a very unique and valuable perspective. During this time he has seen the organization face many challenges and have many successes. He has sat on several committees (marketing, membership, HAMPCO) and has been part of developing and implementing several strategic plans. He has learned and is in awe of the CIF-IFC long and impressive history. He also realizes that organizations like this can not stay stationary but to be successful need to continually respond to the changing world. Brad has worked closely with the current President and the 2nd Vice President and feels they could be an effective team. He is looking forward to the challenges the CIF-IFC is facing but more importantly the opportunity to continuing their vision to inspire confidence and pride in Canadian forestry – nationally and internationally!

The CIF-IFC Board of Directors consists of representatives from our 19 regional Sections from across the country, and one International Section. The Board of Directors provides guidance to the Executive and actively voices questions, ideas and concerns to address the needs of  both CIF-IFC members and the forest and natural resources sectors in Canada.

Lake of the Woods

Meet Our Staff
Learn More About Our Sections